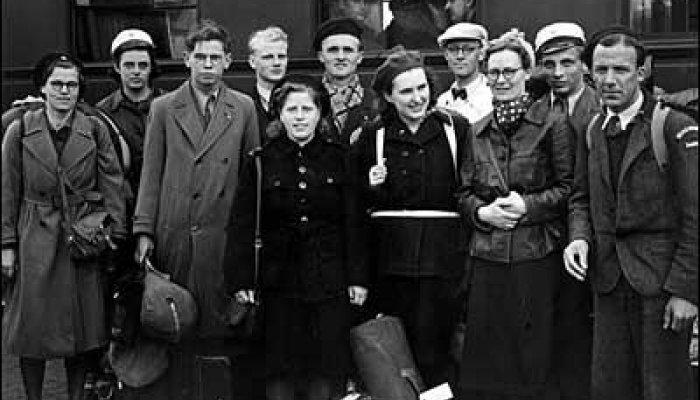 Mellemfolkeligt Samvirke was founded during World War II to help people in need. No matter who they are. Back then, we made the unpopular decision to help German refugees amidst the chaos of war – people nobody else wanted to help. This has been the core tenet of our organization ever since: We help vulnerable people of all backgrounds and we fight for their rights.

A momentous meeting was held in the living room of a Copenhagen home during the German occupation in 1943. The cornerstones of the organization we now know as Mellemfolkeligt Samvirke were laid that day.

The meeting was attended by three people who can be considered the core of the original founders: the Quaker Elise Thomsen (b. 1901), political scientist Finn T. B. Friis (b. 1897), and botanist Hagbard Jonassen (b. 1903).

During the meeting, they agreed on the need to organize and participate in the rebuilding of war-torn Europe as World War II dragged to an end.

They all had an international outlook and experience in pacifist activism. They agreed that the first step should be to organize groups united in a focus on peaceful reconciliation and fellowship – even if this meant reaching out to those with whom they disagreed.

This led to the founding of the groups Aldrig mere Krig (Never Again War), Kvækersamfundet (the Quaker Society), and Kvindernes Internationale Liga for Fred og Frihed (the Women’s International League for Peace and Freedom), which together formed an association rooted in the aforementioned values.

Thus the three founders planted the seeds that later became the grassroots of Mellemfolkeligt Samvirke, but which at the time went by the name Fredsvenners Hjælpearbejde (Friends of Peace Relief Work).

The name came from the fact that pacifist-oriented organizations at the time often referred to themselves as “friends of peace”. The official naming took place on January 24, 1944, which is considered the birthday of Mellemfolkeligt Samvirke.

The organization experienced an immediate flood of support, and the following year the first Friends of Peace delegation traveled to Norway to help 600 ill Russian soldiers. 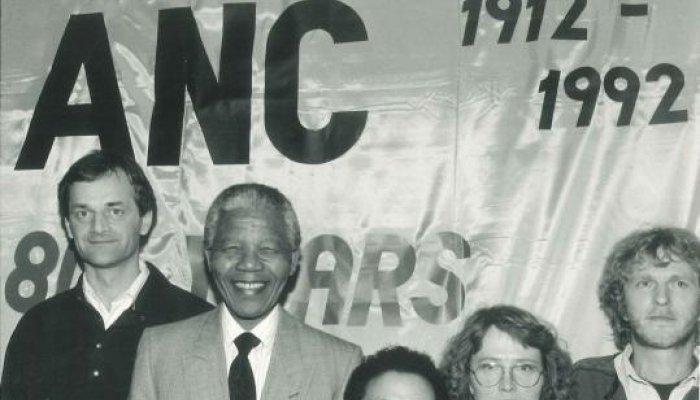 The core goal of Friends of Peace was to fight to make a difference for vulnerable groups around Europe and to reach out to excluded and marginalized people.

Bjørn Førde, Secretary General of Mellemfolkeligt Samvirke from 1995-2002, describes how volunteer work has been a central element of the organization’s DNA from the very start:

“One of the first things stated in the manifesto written by Elise Thomsen and the other founders in 1994 is that it was not about going out and making money on the rebuilding of Europe after the war. It was about each person being committing to making a difference.

“The founders of the organization were primarily Quakers, pacifists, anti-militarists and friends of peace.

“They wanted to fight: not with weapons and violence, but by going out into the world and sharing their resources, and by supporting reconciliation and understanding across Europe’s borders.”

WHO ARE THE QUAKERS? 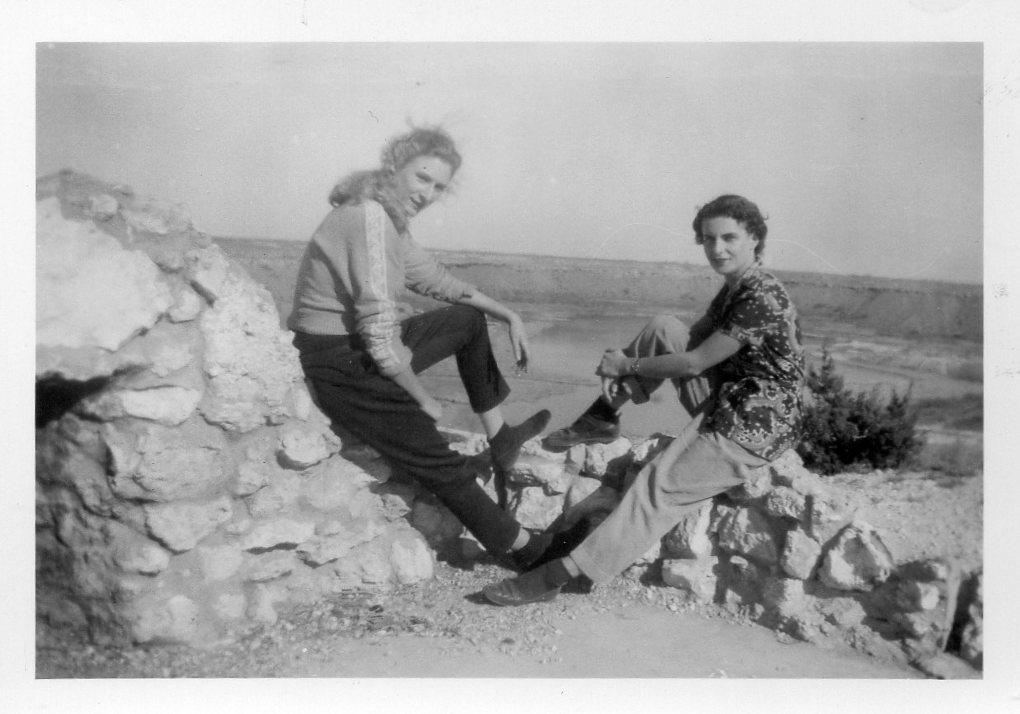 Photo from one of the first Fredsvenners Hjælpearbejde training camps in 1946 or 1947. Pictured (left to right): Ulla Moltved (then Nissen) and Gudrun Friis.

HELP THOSE WHOM NO ONE ELSE WILL HELP

Mellemfolkeligt Samvirke came into being at the end of World War II, and one of its first initiatives was to help German soldiers and refugees whom no one else was willing to help.

This core philosophy of reconciliation was put to a great test in May 1945.

Three hundred severely exhausted refugees deboarded a train in the northern Danish town of Vrå, seeking refuge from the destruction and terrors of war. The refugees were primarily Germans and German-speaking, so there was very little desire among the local population to help them.

The refugees were housed in miserable camps and some of them, including children, died of starvation and disease after a short time.

However, Fredsvenners Hjælpearbejde refused to accept that the refugees should be left alone to struggle against hunger and disease. Therefore, a group of people got involved in the camps and secured medicine and food for the German refugees.